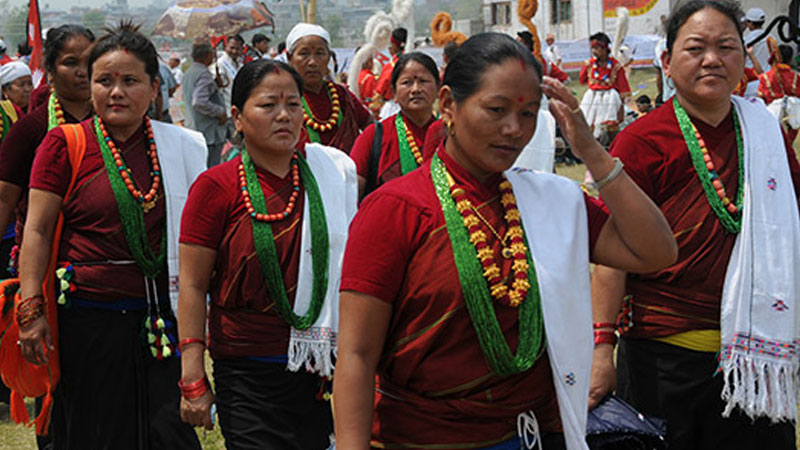 Pokhara resides on an important old trading passage between China and India. In the 17th century it was part of the Kingdom of Kaski which was one of the Chaubise Rajya (24 Kingdoms of Nepal) ruled by a branch of the Shah Dynasty. Many of the hills around Pokhara still have medieval ruins from this time. In 1786 Prithvi Narayan Shah merged Pokhara into his kingdom. It had by then become an important trading spot on the routes from Kathmandu to Jumla and from Tibet to India.

Pokhara was envisioned as a commercial center by the King of Kaski in the mid 18th century A.D. when Newars of Bhaktapur migrated to Pokhara, upon being invited by the king, and settled near main business locations such as Bindhyabasini temple, Nalakomukh and Bhairab Tole. Most of the Pokhara, at the time, was largely inhabited by Khas (Brahmin, Chhetri, Thakuri and Dalits), the major communities were located in Parsyang, Malepatan, Pardi and Harichowk areas of modern Pokhara and the Majhi community near the Phewa Lake. The establishment of a British recruitment camp brought larger Magar and Gurung communities to Pokhara. At present the Khas, Gurung (Tamu) and Magar form the dominant community of Pokhara. There is also a sizeable Newari population in the city. A small Muslim community is located on eastern fringes of Pokhara generally called Miya Patan. Batulechaur in the far north of Pokhara is home to the Gandharvas or Gaaineys (the tribe of the musicians).

The nearby hill villages around Pokhara are a mixed community of Khas and Gurung. Small Magar communities are also present largely in the southern outlying hills. Newar community is almost non-existent in the villages of outlying hills outside the Pokhara city limits.

From 1959 to 1962 approximately 300,000 exiles entered Nepal from neighbouring Tibet following its annexation by China. Most of the Tibetan exiles then sought asylum in Dharamshala and other Tibetan exile communities in India. According to UNHCR, since 1989, approximately 2500 Tibetans cross the border into Nepal each year, many of whom arrive in Pokhara typically as a transit to Tibetan exile communities in India. About 50,000 – 60,000 Tibetan exiles reside in Nepal, and approximately 20,000 of the exiled Tibetans live in one of the 12 consolidated camps, 8 in Kathmandu and 4 in and around Pokhara. The four Tibetan settlements in Pokhara are Jampaling, Paljorling, Tashi Ling, and Tashi Palkhiel. These camps have evolved into well built settlements, each with a gompa (Buddhist monastery), chorten and its particular architecture, and Tibetans have become a visible minority in the city.
Until the end of the 1960s the town was only accessible by foot and it was considered even more a mystical place than Kathmandu. The first road was completed in 1968 (Siddhartha Highway) after which tourism set in and the city grew rapidly. The area along the Phewa lake, called Lake Side, has developed into one of the major tourism hubs of Nepal.