Posted by News Desk on 1-30-15 in Local, News | Comments Off on Investment booming in Pokhara hospitality 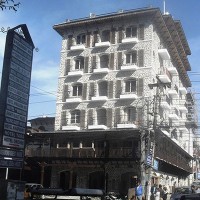 A group of four entrepreneurs, who have been operating Atithi Resort, a four-star property in Lakeside, Pokhara, is launching a high-end Italian restaurant this week. They have invested Rs 50 million in the restaurant that has a capacity to serve 150 guests at a time. “We increased investment considering the tourism sector’s growth potential,” Bharat Sharma, one of the promoters, said, adding they had established Atithi Resort with an investment of Rs 300 million.

Not only Sharma’s group, several other investors are pouring money into the hospitality sector here. Particulary, the investment is concentrated in the areas of hotels, restaurants, tours and travel agencies and adventure tourism. New tourist-standard hotels are being built even in remote hills of Pokhara, while existing hotels are on an expansion spree.

“The tourism sector has been attracting massive investment. It seems the future’s promising,” said Bashu Tripathi, who recently opened Hotel Adam. Tripathi, who is also involved in a travel agency, has invested Rs 30 million investment in the hotel. He said Pokhara has witnessed a significant growth in infrastructure development over the last five years.

Besides, millions of rupees have been invested in adventure sports like paragliding, ultra-light aircraft services, bungee jumping, zip flyer and canyoning. Twenty paragliding services are currently in operation, while 31 others are in the registration process, according to Nepal Air Sports Association.

Founding President of Non-Resident Nepali Association, Belgium, Pushpa Adhikari recently set up a four-star resort with an investment of Rs 300 million at Rupakot, 20km away from Pokhara.

Madan KC, who lived in South Korea for almost a decade, has invested Rs 260 million in Hotel Goodwill in Lakeside. The hotel, which plans to launch soon, will have 43 beds and will offer employment to 50 individuals.

A group of Japanese investors are also planning to build a resort in Sarangkot.

Each month, four-five new restaurants are set up. “A number of restaurants are being opened in collaboration with Chinese investors,” said Surya Bhujel, immediate past president REBAN.

According to the Tourist Office, Rs 350 million was invested in hotels alone in the last fiscal year.