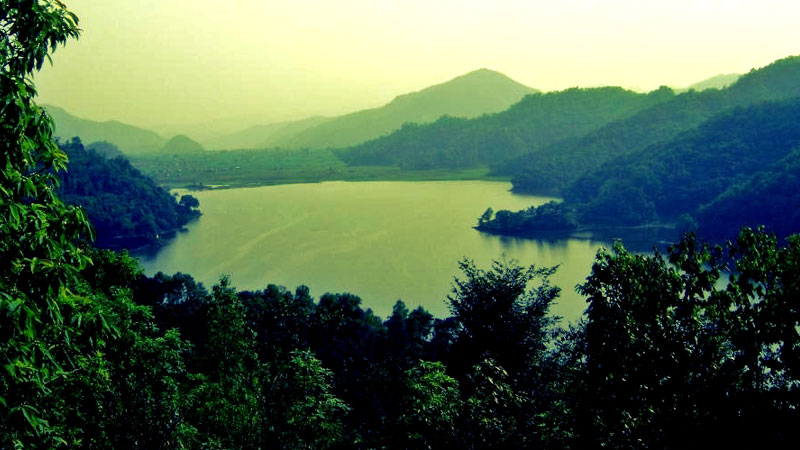 Rupa Lake is a freshwater lake situated in the south-east of Pokhara valley which includes Lekhnath municipality. It is the third biggest lake in Pokhara valley. Phewa Lake resides at an altitude of 600 m (1,969 ft). The surface area of the lake is 1.35 km2 (0.5 sq mi), with an average depth of about 3 m and maximum depth of 6 m. The maximum water capacity of the lake is nearly 3,250,000 m3. The lake is elongated north to south and is fed by perennial streams. Its watershed area is 30 km2, where the main inflow of water is from Talbesi stream, whereas Dhovan khola is the feeder stream with its outlet Tal khola at Sistani ghat. It supports a large number of floral and faunal species. A total of 36 species of water birds have been recorded in the lake which represents about 19 percent of the total 193 wetland-dependent birds found in Nepal.

Rupa Lake is the second main tourism attraction after Begnas Lake outside the Pokhara city. It provides enough space for boating experiences for national and international travelers. Cage culture as well as pen culture has been devised in Rupa Lake for fish farming. Farmers in the Kaski district have formed the Rupa Lake Rehabilitation and Fisheries Cooperatives Limited to help protect the watershed.