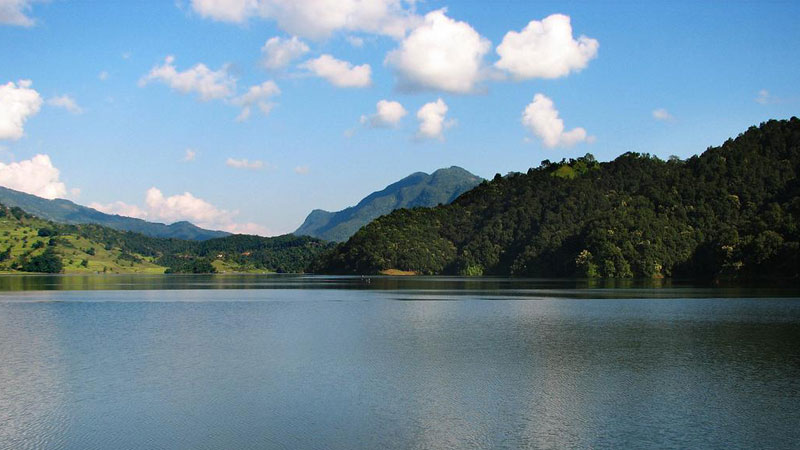 Begnas Lake is a freshwater lake situated in the south-east of the Pokhara Valley. This lake is the second largest amongst the lakes in Pokhara valley. Begnas Lake resides at an altitude of 650 m (2,133 ft). The surface area of the lake is 3.28 km2, with an average depth of about 6.6 m (22 ft) and maximum depth of 10 m (33 ft). The maximum water capacity of the lake is nearly 29050000 m3. Water level fluctuates seasonally due to rain, and use for irrigation. The water level is regulated through a dam constructed in 1988 on the western outlet stream, Khudi Khola.

The area around Begnas Lake, with a number of resorts, is a popular destination for tourists visiting Pokhara. The water from the lake is used for irrigation and some parts of the lake are used as caged fisheries. The Begnas lake area has a number of swampy areas around it, many of which have been and are still being converted to paddy fields gradually.