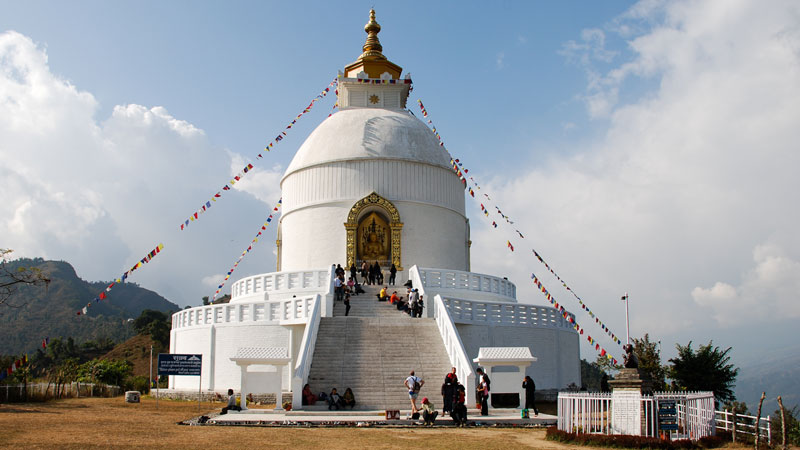 Pokhara Shanti Stupa, dubbed as World Peace Pagoda, is a Buddhist pagoda-style monument on a hilltop in the Ananda Hill of Pumdi Bhumdi VDC. This is one of the eighty peace pagodas built around the world by a peace preaching organization called Nipponzan-Myōhōji. Pokhara Shanti Stupa was constructed by Nipponzan-Myōhōji monk Morioka Sonin with local supporters under the guidance of Nichidatsu Fujii, a Buddhist monk and the founder of the organization. Shanti Stupa is the shrine build as symbol of peace. The spot situated at the height of 1100 meters on the Ananda Hill was chosen by Nichidatsu Fujii, who laid the foundation stone as well with the relics of Buddha on the hilltop on 12 September 1973. Shanti Stupa in Pokhara has also become a tourist attraction. It provides a panoramic view of the Annapurna range, Pokhara city and the Phewa Lake. The shining golden statue in the stupa depicts the Buddha in the posture he assumed when he was born.

←Other Hill Stations & Viewpoints in Pokhara