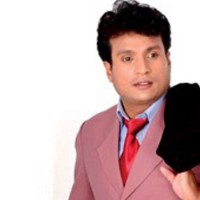 Shrestha had been suffering from pneumonia for last two weeks. In the past, Shrestha had also diagnosed with alsur.

Shrestha had flown to Delhi for the treatment after his wedding although it was reported that the newly-married couple left for India for honeymoon.

He has his own home production and the film Kaha Bhetiyala was released in 2009 as his first home production movie. In the movie his wife Sweta Khadka was seen in the lead role.

Kohinoor, a film produced and acted by the late actor Shrestha, is currently being screened in Nepali cinema halls. Due to illness, actor Shrestha couple was absent during official release of his film last Friday. Instead, he had sent an audio message addressing his audience and viewers requesting them to watch the film once, as it is his dream project.