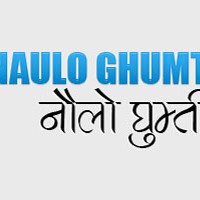 Naulo Ghumti has been providing drug Counseling, Treatment and Rehabilitation services in Pokhara since 1995, in the beginning it was a project of International Nepal Fellowship. It has been transformed into an independent NGO in 2002 and being continued. It has been carrying out various projects i.e. Integrated Health Services (Voluntary Counseling and Testing, STI services and Community Home based Care to People living with HIV), Harm Reduction Program for current drug users(male and female). Besides Drug and HIV/ AIDS, it has implemented Integrated Community.

Development and Education focused project in the very remote villages of western development region. It has developed its’ strategic plan for the period 2007- 2011, which has given higher priority to the Counseling and Treatment program. These projects have been funding from different funding partners, however NGN has not been able to get fund for the construction of the NGN building, which is mainly intended to operate the rehabilitation services.

It has been working in partnership with DFID/UNDP, AUS AID/UNODC, USAID/FHI, European Union, British Embassy, MDM, ICCO Netherlands and VSO, in coordination with Ministry of Home affairs, Ministry of Health and Ministry of Women, Children and Social Welfare.

During the year programme 2011, 209 drug users got admission in the Counseling, Treatment and Rehabilitation Center for residential services 48 recovering drug users have been benefitted from the Day Care (After Care) services, which have been given various vocational orientation and training, aiming for social reintegration. The IHS Project, targeted to IDUs has been successfully completed in 30 September. Consequently; a new project” Expanded Integrated Health Service” targeted to Female Sex Workers (FSWs) has been started from 1st Oct. 2011. Including IDUs and FSWs, 722 clients visited the VCT center and tested blood for HIV diagnosis.507 persons have been examined for STI infection, 279 PLHIV have been reached from the Community and Home Based Care Services. In the same way, 810 no of male IDUs and 315 no of female IDUs have been benefitted from the harm reduction services i.e. needle syringe exchange, PHC services, counseling in Pokhara. In Tanahun 265 IDUS have been benefitted from the same type of HR services. In Rupandehi district 594 male and 171 female clients have been benefitted where as in Nawalparasi 357 people got the same category of HR services.

Apart from the Drug and HIV prevention program, NGN has been implementing a five year project on School Education effective from 2010 January. From this project 15797 no of people including children, teacher and parents of the three districts of Western Region viz. Lamjung, Gorkha and Arghankhanchi have been benefitted during this year. Nepal TB Reach Project, targeted to the IDUs, street children, Hospital OPD patients, Female Sex Workers, has been completed on October 2011. A total 43358 of people were investigated for TB diagnosis.