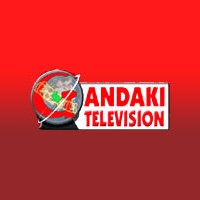 Objectives:
1. To produce and broadcast television programs, live telecasting special events, promoting tourism, developmental activities, spread awareness to the people of coverage area for the betterment of community.
2. To entertain viewers and make television programs on the viewers demand.
3. To aware people on the national and international activities and issues.

Gandaki Television is targeting to become a leading national TV broadcaster in Nepal in future. Strengthening other media-lines such as Radio, News paper, online and ad-agency, Gandaki Media House is planning to be a national level media house which will be fully professional and promoting progressive activities.

Gandaki television aims to support on the independent economic development process of Nepal. Communication plays an important role in this process. So, GTV is the bridge to connect traditional underdeveloped Nepal to prosperous new Nepal. It produces and broadcasts programs on contemporary situations, economy and agriculture, trade and commerce, health, education, women empowerment programs and tourism & hospitality sectors. As Pokhara is developing as a travel, tourism and hospitality hub; Gandaki TV focuses on promoting these activities on its programs. Pokhara is emerging as a second capital city of Nepal, also as a cinema city, so GTV is playing to lead the role from its place.